Showing posts from May, 2015
Show all

May 28, 2015
On the days that you least expect it, that's when the silent yet numbing pain attacks. It starts with crying. The uncontrolled tears simply falling. The harder you try to stop them, the faster they come. You see the reflection of this numbing pain in your children. They act out, they seek you, they cry and whine. They are unsettled by your discomfort. This makes the pain worse. Now you are stuck in a cycle, forever spinning the wrong way. You grab something to hold on to, anything that will ground you. Desperate to hold yourself amidst reality so the irrational thinking will cease, or at the very least go silent. You try and try to reorient yourself. The numbness spreads, physically overtaking your entire body until it feels like a t angible entity. A force you are no longer capable of fighting or fending off. More tears. How did this happen? Wasn't today a good day? You had an amazing solo run yesterday, you accomplished so many tasks, everyone is 90% healthy again. You f
Post a Comment
Read more

May 26, 2015
And here we are, four posts in, finally talking about running.  I suppose it would have been better to begin with a positive running experience, but I prefer to keep it real.  I never said running was a cure, or even always positive. Shit, sometimes it is really negative. If Cheryl Strayed hiked the PCT to escape her problems, I run out my door to escape mine. But you can't escape them, eventually they will land even harder right on your damn stubborn head. And then what? And then you really face them. Because they are YOUR problems. We can wake up in a fine mood and then we spill milk everywhere. Of course it's chocolate milk and of course it goes everywhere. No big deal, right? Wrong. BFD. And that's when I lost it. I lost it over spilled milk, milk that  I  spilled. It was downhill from there. My hair trigger activated, I was an angry disaster ready to blow. Crawling the walls to get out, begging to hit the pavement. Certain that I could pound the f
Post a Comment
Read more

May 23, 2015
Today was a hard day. As a parent, as a spouse, as an adult. It sucked. I was pooped on, literally gushing onto my hands in my lap and onto the couch. I've been tending a sick baby for days now. Oh and now the toddler is feverish. Today was hard. What's worse is that it started out hard because it was a bad day for me. I woke up a wreck. My mental well being warped. It was a rough morning that turned into a difficult day spotted with moments of pure awesomeness. How I wish I could focus on those moments and not relive all of the bad ones over and over and over. Just don't dwell on them and you won't feel so bad. We all have those days, it's ok. I f you would only stop being so negative you would feel better. Sound familiar? Well I say to hell with that. It's ok to not be ok. More importantly it is ok to have a bad day. They don't know, they have no clue. How could they? You want mindreaders? Go find a circus. This is reality. Unless they have lived i
Post a Comment
Read more 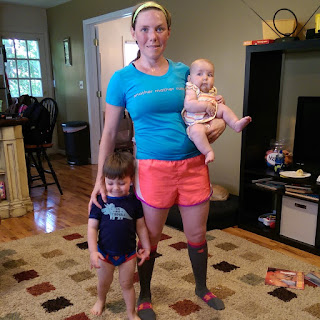 The power of our stories cannot be understated. Why did I choose not to begin at the beginning with this post? Easy, I couldn't 1) see all of my beginning and 2) I wasn't ready to be honest. I am now. I am more than ready. I am tired of living a facade. I want to love and share all of me, not just the pretty bits that get skimmed over anyway. All of it. The yuck, the nasty, the downright wrongness of some chapters. These are the messy middle parts. And I will not gloss over them with silly and childish attempts at humor and deflection. I am a grown woman, and I have faced all of my shit as a grown woman. Am I perfect? Fuck no. But I am real. And I am proud of that achievement. "When I was a child, I talked like a child, I thought like a child, I reasoned like a child. When I became a man, I put the ways of childhood behind me." I Corinthians 13:11 ~ Dr. Jessica 5/20/2015 - Addicted to success If you came back for some autobio
Post a Comment
Location: Athens, GA, USA
Read more

What makes me RAD? 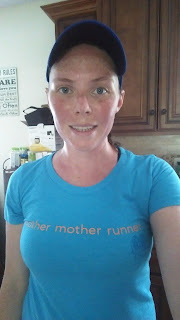 I first wrote this blog in May of 2015. It was 3 months after the birth of my second child, and I had just decided to leave academia permanently. I was enduring a severe battle with postpartum depression, and, unbeknownst to me, alcoholism (addiction). I started running again soon after my daughter was born, and this was one of the many ways I selected to avoid dealing with the shit under the rug of my life. I was in bad shape. I knew that I could no longer stay in a career that had no clue how to support families, or live in an area where my income did not support my family. There is this idea that professors have all this free time, and it's not true. The institution I was act had expectations for hours in my office and availability to students, research, meeting obligations (usually in the evening), and other student support that would potentially fall on weekends. I worked a lot. I was pregnant through that first year and it was stressful. I missed my toddler at home. Then my d
Post a Comment
Location: Athens, GA, USA
Read more